Why Hardness Testing is important?

Hardness testing is an essential tool for analysis, distinguishing different materials, development and improvement of materials and technologies in the context of basic research in the fields of materials science, materials engineering and materials diagnostics. It determines the characteristic values that are of important for assessing the use of materials in industries (suitability of a material for a technically relevant part), for distinguishing between materials (in the case of material confusion) and for clarification of cases of damage (damage analysis).

How does a Hardness Tester work

Hardness is a measure of how mechanically resistant a material is to the mechanical penetration of another, harder body (indenter). Diamond is the hardest natural material so is used as an indenter. Methods with static application of the test force are predominantly used for testing the hardness of materials, whereby either the penetration size or depth of the indentation caused by an indenter is measured. A distinction is made with the static hardness testing methods between depth measurement methods and optical measurement methods. Depth measurement methods measure the residual depth of indentation left by the indenter. 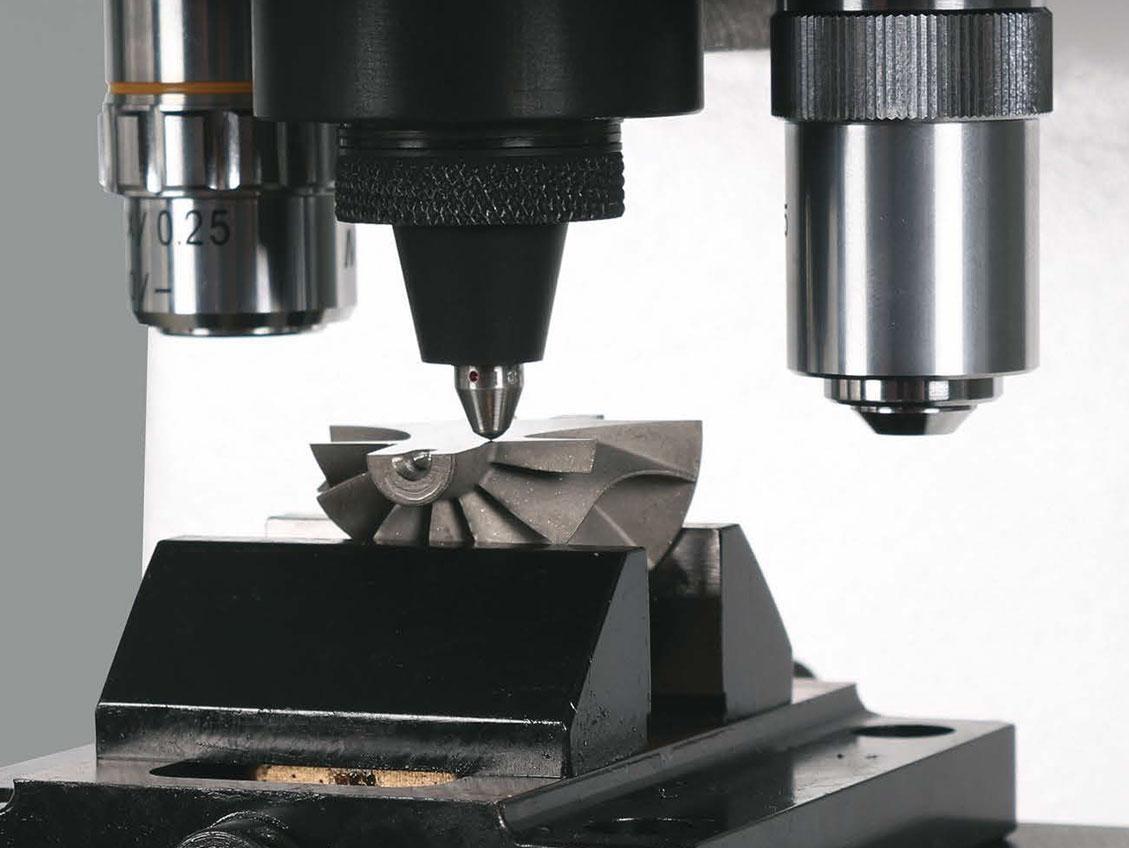 Impact testing measures the material’s capacity to absorb energy when ruptured at high velocity. This gives an indication of the strength of the material and two methods are usually used for impact testing, Charpy or Izod.

Hardness testing assesses the impact of the metal or alloy to permanent indentation, and the depth or size of the indent is measured to determine a hardness value.

The residual depth of the indent made by the indenter is measured. The deeper a defined indenter penetrates at a defined test force into the surface of a specimen, the softer the tested material. The total test force is applied in two stages, this allows the impact of specimen surface roughness (grooves in the specimen) and measuring errors caused by backlash in indentation depth measurement to be eliminated.

An optical method, involving a spherical indenter being pressed into a specimen, the size of indentation left by the indenter is measured. The larger the indent left in the surface of a workpiece (specimen) by the Brinell indenter with a defined ball diameter and a defined test force, the softer the tested material. In order to determine the HBW, the spherical, tungsten carbide indenter is pressed into a specimen with a defined test load (between 1 kgf and 3000 kgf). The results from the quotient of the applied test force (F in newtons (N)) and the surface area of the residual indent on the specimen after withdrawing the test force.

An optical method, involving a pyramid-shaped rhombic indenter (longitudinal edge angle 172.5°, transverse edge angle 130°) is pressed into a specimen with a defined test load (between 1 gf and 2 kgf). The larger the indent left by the indenter at a defined test force in the surface of a specimen, the softer the tested material. 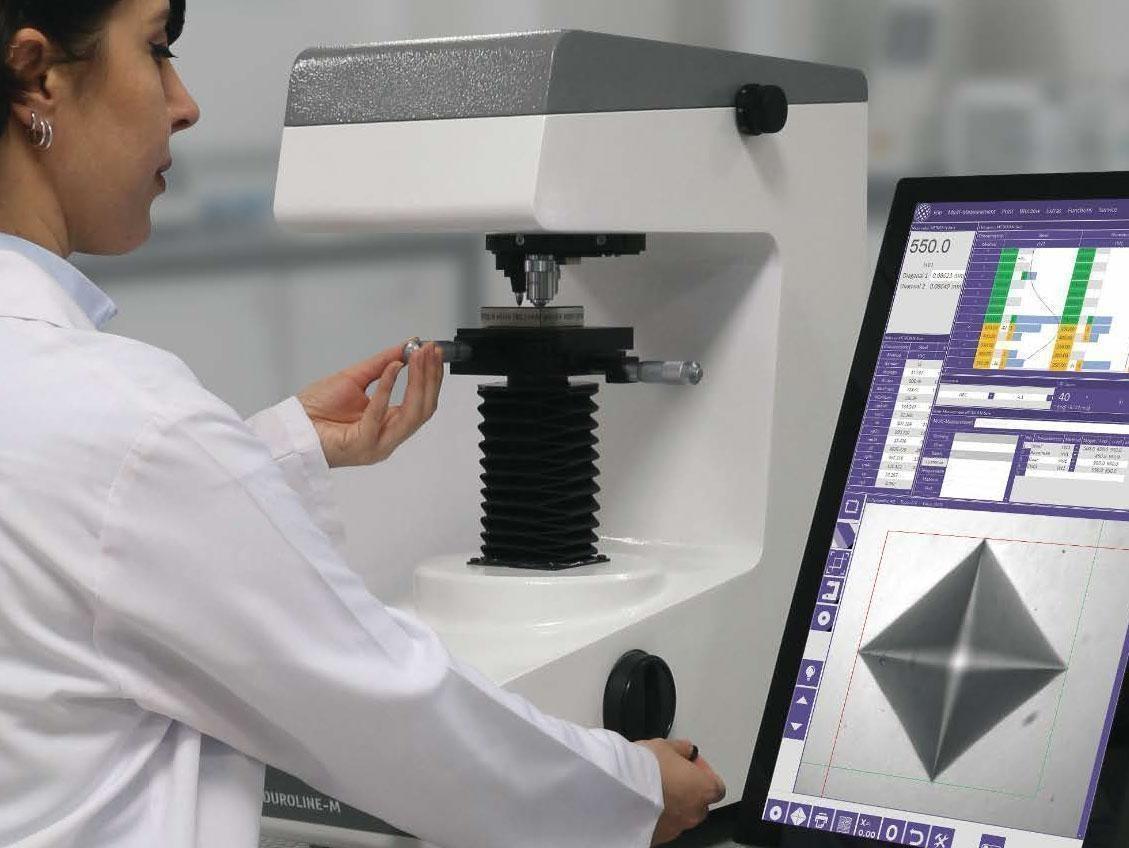 Your subscription could not be saved. Please try again.
:)