Kemet International was set up initially as an importer of equipment for the aircraft industry, which included machinery and small tools for the fabrication of ball bearing races and other precision equipment.

Manufacture started on a range of diamond abrasive pastes, which for the first time enabled precision components to be polished to a specified surface finish with guaranteed reproducible results. Developed in the first instance for use in the production of moulds and tools for the rapidly expanding plastics industry, as well as the precision polishing of hard materials and ceramics, diamond pastes now form just part of the Kemet product range.

The Company moved to new premises which included a purpose-built laboratory for manufacturing Diamond Compounds.

The development of metal/resin lapping plates meant that for the first time a wide range of materials, including composites of different harnesses, could be flat lapped and polished to a higher specification than was previously achievable. 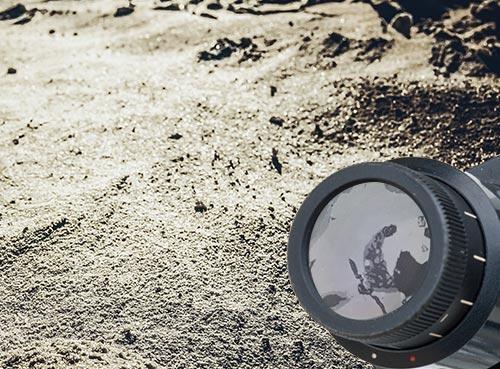 Kemet Australia was set up to handle sales in Australia and New Zealand.

The success of the metal/resin lapping plates led to the setting up of a new division to concentrate specifically on flat lapping. The result of this new venture was the introduction of a range of liquid diamond products and precision flat lapping machines developed for production lapping applications.

Kemet Far East was established to handle sales in for the Asian markets. More recently their activities have extended to serving the Chinese Market.

Kemet set up a dedicated Research and Development Technical Centre to optimize customers’ processes for lapping and polishing applications, to carry out lapping services and to develop new products. Over the years the Lapping Technical Centre has been extended and it is now equipped with over 15 Kemet Lapping and Polishing Machines ranging from 15" to 48" Lapping Systems allowing a fast turn-round of customers’ samples. The Centre also has Spherical Polishing Machines, along with the latest Mitutoyo and Rank Taylor Hobson Surface Measuring and Flatness and Roundness Inspection Equipment.

ISO 9001 Quality assurance for the manufacture of Diamond Compounds, Slurries and Kemet Composite plates. More recently this has been extended to cover Contract Lapping 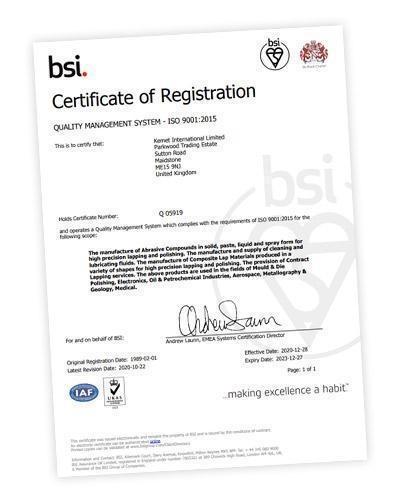 In response to customers' demands for ever tighter specifications of Diamond Compounds and Slurries, especially from the rapidly-expanding electronics industry, a new diamond research and development laboratory was built, fitted with the latest diamond particle analytical equipment, capable of measuring down to just 10 nm.

Kemet Japan set up as a Joint Venture.

To cope with the increasing demand for Diamond Slurries, special Lapping and Polishing Fluids and Kemet Composite Lapping Plates, new production plants were built which enable production to be increased by many times. 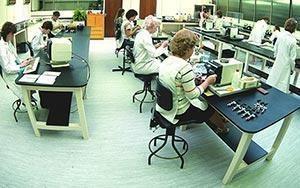 New Metallographic Centre set up in the University of Oxford. Queen’s award for International Trade

In Singapore new research and development facilities were set up equipped with a wide range of single and twin-wheel grinding, lapping and polishing machines to process customers’ samples and carry out pre-production trials. 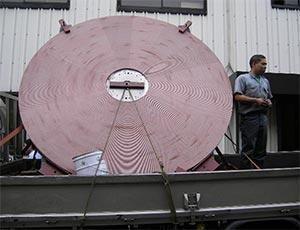 In China Process development facilities were set up to duplicate the development work carried out in Singapore. Today, the Kemet International Group, with 120 employees, has its own sales organisations in eight countries worldwide - and is represented in all the major industrial countries worldwide. In the UK, 60 employees, including a field sales force of five Technical Representatives, are all committed to providing the customer with total quality and service. 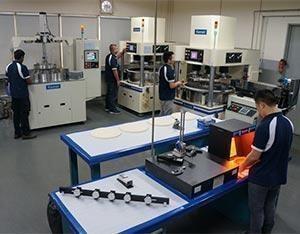 After over 80 years in the business, in which it has enjoyed sustained growth both at home and abroad, Kemet International continues to apply the philosophy which has provided the solid foundation for its premier position in the market: To offer top quality products with unrivalled Technical Support. This will ensure that the company maintains its established position in a market where long-term success depends on the company's ability to meet the ever more exacting demands of its many customers worldwide

Your subscription could not be saved. Please try again.
:)